Scientists working for the FBI have confirmed it works.

Did you already know that you would expand to foreign markets?

“From the beginning, we thought globally; this product was universal and had a chance to flourish on every continent. International markets are demanding, with multiple barriers to entry. You have large global manufacturers with huge advertising budgets and long-term relationships with established managers. However, based on the results of Alcohol Killer in addition with our reputable references, I am proud to say that we have potential partners and future clients reaching out to us themselves.”

Combine the words ‘alcohol’ and ‘killer’ in the name - rather courageous, don’t you think?

“The courage in our team has never been absent. The focus was and is the global potential of the product. The name must be understood by customers in different corners of the world. It’s the drink that doesn’t spoil your fun, and also prepares you for the next morning. It may save your driving license, a day with your children, family or work.”

How did the process begin?

“I grew up in well-educated household, as my mother was the vice-dean of the Faculty of Pharmacy of the Comenius University. We consistently consulted our ideas with our families and friends, amongst whom were doctors, pharmacists, and biochemists. To ensure the quality of the product, we mixed and tested hundreds of samples over the years. All of our procedures and experiments were and are conducted within valid, strict standards that are applicable in the medical, pharmaceutical and food industries today. ”

How is the drink so effective?

We always look for the causes of the problem. We created a substance that works in unison with your metabolism to help facilitate the body’s process of breaking down alcohol and detoxifying the body. Our goal was to create a product that helped the body detoxify on its own as quickly as possible, without causing the body more harm. We want our customers to enjoy alcohol and have fun, yet remain productive at work the following day.”

You also mentioned digestion and the liver, so it’s not just for those who binge drink?

We have created a refreshing non-alcoholic drink that not only helps reduce hangover symptoms, but has also been proven to effectively help digestive problems naturally. It can just as easily be used as a remedy for an upset stomach, not just avoiding hangovers. Our drink contains about 30% less sugars than the average beverage, making it the perfect natural digestive.

Which target groups are you focusing on?

Although we consider this a universal product, our primary target group is working consumers who are of legal drinking age; someone who is responsible with his or her alcohol intake who would like to avoid the symptoms of withdrawal the next day. Alcohol Killer gives them the ability not to lose control of the situation and prevents the risk of driving under infl uence of residual alcohol. Women are also part of our focus, as their bodies tend to break down alcohol slower than men. Our customers also include companies that prepare work outings or social events for their employees, as it is important to see them working eﬃ ciently the following day, as is our end goal also. ”

Where did your drink go furthest?

“We’ve sold to all corners of the world, our furthest being New Zealand. However, many are surprised to fi nd our beverage in exotic destinations such as Botswana, Chile, Bolivia, and Papua New Guinea. ”

How has the testing of this product been achieved?

“Our fi rst tests were conducted in Slovakia. However, we quickly realized that they did not play much of a role, as the people we were meeting with hardly knew where Slovakia even was in the world. Therefore, we began looking for an independently accredited laboratory across the ocean, where we later expanded. We approached one in particular that specialized in toxicology, drugs, alcohol and poisons, and they agreed to run clinical trials on our product. This laboratory in particular is recognized by the U.S. Federal Court; only later on did we realize that the majority of their work done is for the FBI. Initially, they told us they would conduct the trials on an empty stomach against water consumption only, as placebo. This is an extreme situation since alcohol is immediately absorbed through the stomach wall. Neither the director of the laboratory nor the professional college believed it would work, so we put it to the test. You can imagine how proud I was when they called me with the test results. Their conclusion was: ‘Alcohol Killer helps the body degrade alcohol more than 40 % quicker than it would on its own.’ In addition, drinking water has been shown to have no eff ect on the rate of alcohol degradation. Another clinical test was carried out one year ago, under the same conditions but with diff erent amounts of alcohol in each test group. Those results showed that Alcohol Killer can accelerate alcohol degradation on an average of 65% faster. The clinical trials drew various samples from the test subjects‘ breath, blood, and urine to ensure the validity and accuracy of the results. 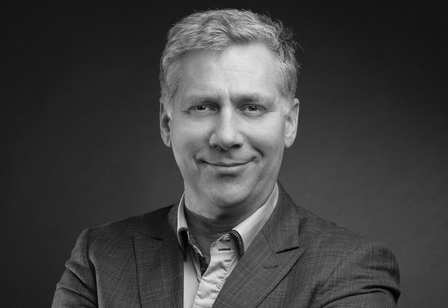 This website uses cookies. By continuing to browse this site, you agree to their use. More information here. Dismiss this bar.